January 29, 2019 – I thought today I’d give an example of an exercise from the Empowerment Retreat while also talking about one of the students I have followed over the years. Her name is Jackline.

I first met Jackline several years ago with the initiation of the Road to Hope Program. She and her older brother Argey and younger sister Oliver, went to live with their aunt and uncle after the death of their mother. This family was unknown to the children because it was their father’s brother and they had lost contact with their father when he abandoned them, so they had little to no contact with that side of the family. Hearing of the mother’s death, the uncle and his family invited them to live with them in their simple home in a village outside of Jinja. The uncle is a farmer, raising food to feed the family and selling any extra produce in the village. I have always remembered their simplicity, graciousness, and honesty.  They stressed these three children would be included as “equals” with their own family of several children to support – and how grateful they would be for assistance with the education of the three children as they struggled to educate their own children.

At that first meeting Jackline stood at a distance, behind a tree, and refused to join our group seated outside. In the next couple of years, when visiting the school she would come to the office to meet, but never smile or make eye contact. She has slowly changed over the years, developing into a fine young girl about to begin her Senior Year of study. She has become more outgoing, able to recognize her abilities, participates with all the others, loves to sing, smiles, and performs well academically.

One of the exercises was to help the children develop a time line for their future as they saw it now – and for what they dreamed. They were encouraged to draw pictures and/or express themselves in words. The time line was 0 to 15 years, 16 to 20 years, 21 to 30 years, 31 to 40 years. I hope you will be able to read some of her pictured chart to better understand not just the exercise, but Jackline and her dreams. She is just one of the children benefiting from the Road to Hope.  She is pictured in the orange colored dress with the other girls. 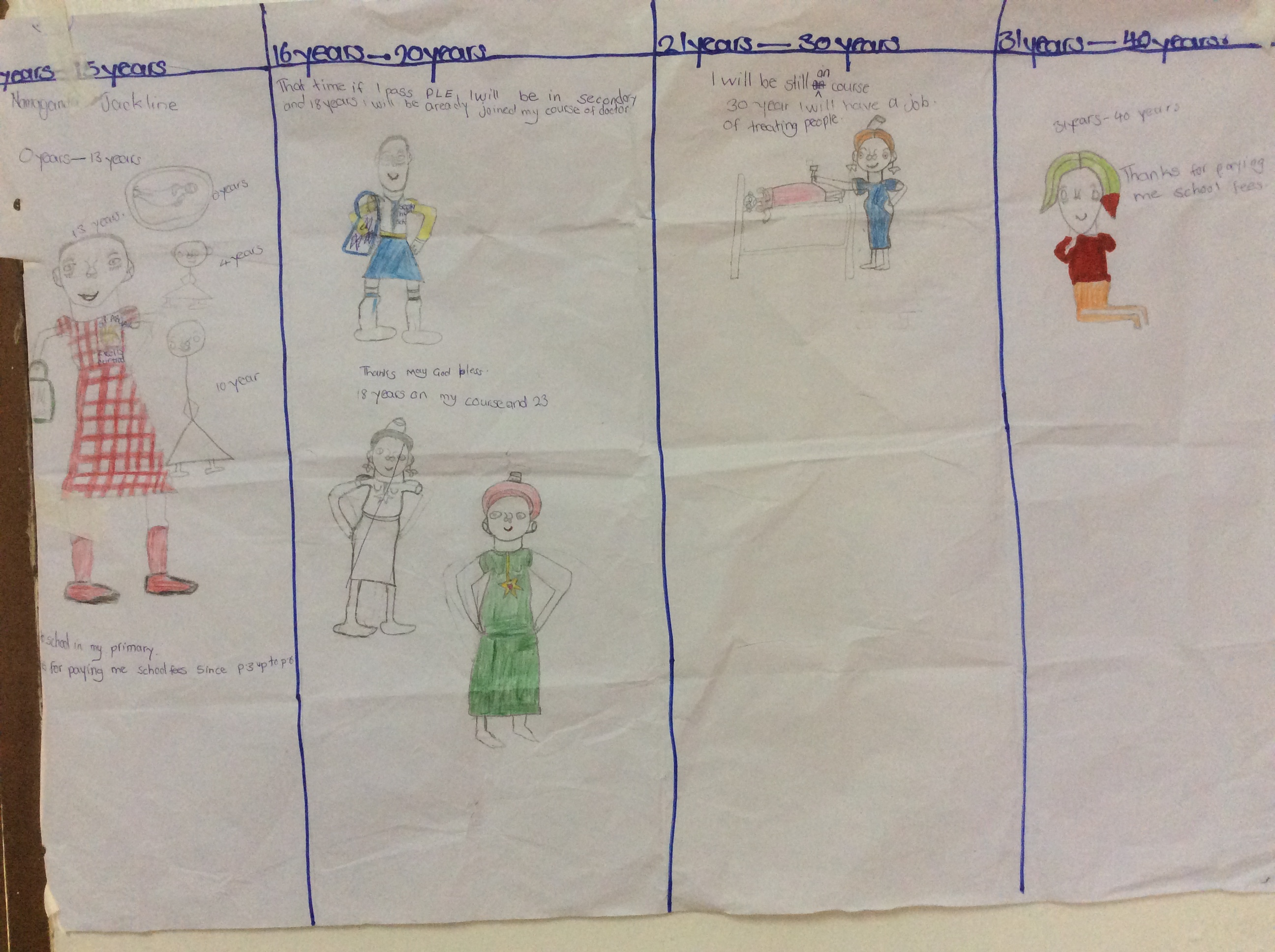 There are so many stories and so many wonderful children!