Center for Hospice Care’s (CHC) most extensive comprehensive fundraising campaign, known as Cornerstones for Living: The Crossroads Campaign, came to a successful conclusion on June 30, 2019. In all contributions and pledges total slightly more than $14 million – thanks to the support of many generous donors.

“Gifts at all levels make the Crossroads Campaign the most transformational fundraising effort in Center for Hospice Care’s 40-year history. As we wrap-up obtaining commitments from a few donors for major gift commitments made last year at the end of the campaign, we are struck by the collective generosity that propelled us beyond our initial $10 million goal to a total just over $14 million,” said Catherine Hiler, Crossroads Campaign cabinet chair. “We’re gratified that construction is concluding on Phase 2 of our Mishawaka Campus, and that the Crossroads Campaign is finishing strong.”

The campaign is one byproduct of a strategic planning process CHC initiated nearly 10 years ago. As CHC looked toward the future, a mandate became clear: the need to put into place the infrastructure and resources necessary for CHC to continue delivering exceptional quality, compassionate care to those in its service area for generations to come.

Strategic goals adopted by CHC that lead to the Crossroads Campaign:

These goals guided the process of establishing specific campaign financial goals prior a quiet launch of the Crossroads Campaign in July 2014. Lead campaign gifts secured in the early months paved the way for the launch of the public phase of the campaign which was announced during a press conference on March 16, 2017.

Momentum provided by the launch of the public phase of the campaign led to donations from a variety of donors, generating gifts and pledges exceeding the campaign’s initial $10 million goal and propelling the total to exceed $14 million. Donors included individuals, foundations, corporations, charitable trusts, medium and small businesses, service clubs, social groups and a wide variety of organizations.

“At Center for Hospice Care, we believe there is a great deal to be gained by treating the end of life as simply another stage in a journey that all of us must take. So we strive to meet death not with denial but with acceptance, to help patients and families make the most of every day they have together, and to palliate symptoms so the focus becomes less about dying and more about living.”

The Hospice Foundation (HF) is grateful for the leadership provided by volunteers who served as members of the Crossroads Campaign cabinet. During the course of the campaign, they provided guidance and assistance, helped spread the word about the campaign, personally solicited contributions and introduced HF staff to prospective donors. Their work was a great catalyst in making the Crossroads Campaign a success. Cabinet members were: 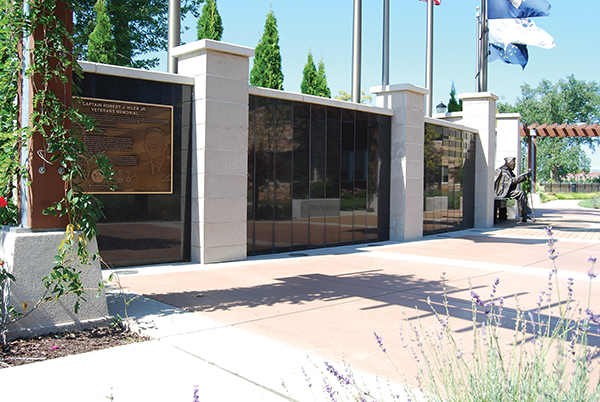