RelaDyne, Inc’s generosity as a steady supporter of Tom’s Car Care Center’s annual Lube-A-Thon continues to serve as a catalyst, helping the event become one of Center for Hospice Care’s (CHC) most impressive and successful third-party fundraisers. RelaDyne’s support began in 2016 when Dennis Zmyslo, one of the owners of Tom’s Car Care Center, approached Phill Quiroz, RelaDyne’s local manager, to discuss ways that RelaDyne could support the Lube-A-Thon.

Phill received approval from RelaDyne’s leadership to support the event with donations of its premium DuraMAX line of oil to use. Having the cost of all the oil for the event covered by RelaDyne opened the way to generate more proceeds for CHC. 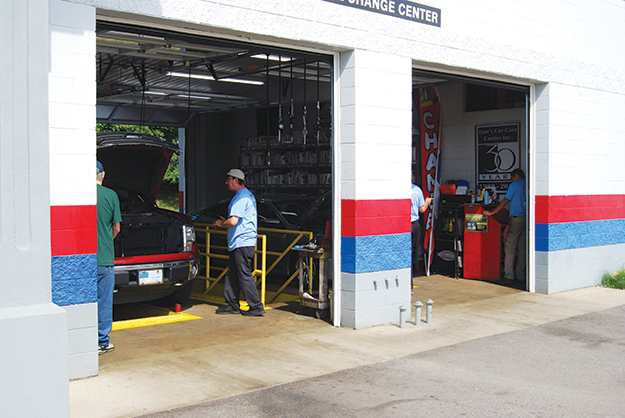 Over the course of 17 Lube-A-Thon events, coordinated by Tom’s Car Care Center and supported by its suppliers like RelaDyne, employees of Tom’s and its suppliers as well as the Zmyslo family, the event has generated $92,800 of support for CHC. In recent years the Lube-A-Thon has been scheduled on the last Friday in July. Oil changes and a free car wash are provided with a minimum donation of $45.

The all-day event has a festive feel thanks to raffle drawings, t-shirts and goodie bags for donors and live radio spots promoting participation. Free lunch and breakfast are available to those providing donations.